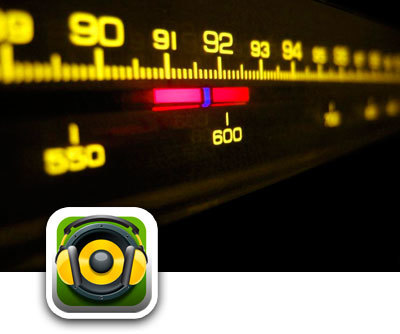 Free application for iPhone 3rd generation and above called What's On Air will be useful, first of all, for those who prefer to listen to the radio. This small program, in fact, is a pumped-over radio player for smartphones Apple, allowing, in addition to listening directly to radio stations, to track the appearance of new tracks on the air of your favorite bands and artists. According to the official page of the application on the iTunes website, with the help of What's On Air, the user will be able to: 1) Listen to about a thousand different local (American) and international radio stations. Presumably, the program will work exactly the opposite for a domestic user. 2) Operate the tuner by choosing a radio station of your choice, just like in any other mobile or ordinary radio receiver. 3) Track the appearance of new tracks on the radio air. With the help of the Instant Boost function, the user will receive notifications about the appearance of radio stations of certain groups or songs. It is enough to 'drive' a query into the search bar and if it is found on the open air, the application will tell you where you can listen to the track found at the moment (you can search for up to 20 queries simultaneously). Thus, you can listen to your favorite song in the online radio mode directly through the phone's speakers. By the way, to start playing the found track, just shake the phone. 4) Find out information about the song or group you are listening to. Available lyrics, artist or album information can be optionally selected from the program menu. And inaccessible information can be added to the application by downloading information from the Wikipedia site. The new version of What's On Air also has the ability to watch the corresponding videos from YouTube. Other useful features of the application include the ability to directly connect to a stereo system that supports AirPlay (the application must be installed on a phone with firmware iOS 4.3 or higher) and listening to the radio in the background, allowing you to work simultaneously with other applications. Developer: Gianluca Falasca Current version: 1.3.6 Price: Free Compatibility: iPhone, iPod touch and also iPad. Requires at least iOS 3.0. Install from AppStore