Easy-Macro has officially announced a new macro lens of the same name. It is suitable for any modern smartphone, including iPhone. Easy-Macro is a compact, versatile macro lens for smartphones and tablets. It attaches to mobile devices with an elastic band, which allows it to be installed on gadgets of various sizes – from iPhone with a 3.5 or 4-inch display to full-size iPad or any other 10- 12-inch tablet. To install it, there is no need to remove the cover or protective film from the device. The compact lens fits easily into a wallet or pocket. The lens designers guarantee 4x magnification. And if you use two lenses at once, then the magnification, respectively, reaches 8 times. In early autumn, the universal lens project was launched on the Kicksatrer online platform. In a short time, the developers managed to collect more than 40 thousand dollars. This amount was enough to start mass production. And now the company announced the beginning of sales of the universal Easy-Macro lens. You can order it on the official website for only $ 15, excluding shipping. The lens is only available in blue. Examples of photos taken with the Easy-Macro lens: 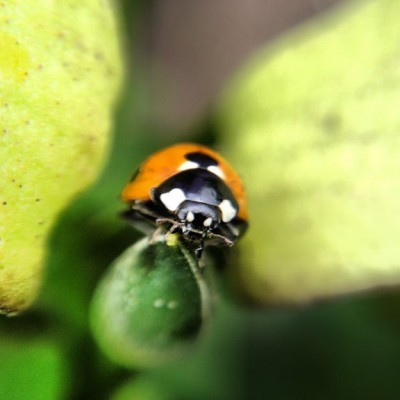 Add a comment Cancel reply
Recent Posts
Categories
Recent Comments
You may also like
Silicone case prototype for iPhone 5s from Apple
As you know, simultaneously with the announcement of
A versatile music source – Creative Airwave Bluetooth HD standalone wireless speaker
Today we have in our review a standalone wireless speaker
Review of the best analogues Apple AirPods
Headphones Apple Airpods are designed for those who
Woodi – eco-friendly wooden case for iPhone
Now on the market there are many cases and protective
Started sales of protective cover for iPhone 5C
Despite the fact that so far there is no official information
Lens for iPhone 5 / 5S – 4 in 1
Today we are testing an interesting accessory that
Creative Sound Blaster E1 – Pure Amplifier
Today we are testing the super compact Sound Blaster
Creative Sound Blaster – Bluetooth waterproof speaker
Creative Technology Ltd has introduced a multifunctional
This site uses cookies to store data. By continuing to use the site, you consent to work with these files.